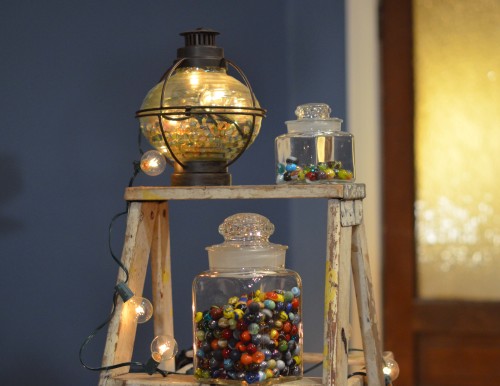 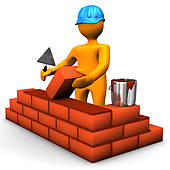 As I wrote about in Part 1 of this series, my journey with the Orange Strategy began at North Point Community Church in 1999. Reggie Joiner was the Director of Family Ministry at that time, and while the Orange concepts were very much a part of everything North Point did in Children’s Ministry (partnering with parents was a key value, The Family Experience – KidStuf was a weekly program, and kids were put into small groups with the same leader each week), I’m not sure the leaders even knew all that God had for them in the coming years. I feel so blessed to have been a part of the Orange strategy in some of its earliest stages, particularly as a person who was new to faith.

I had just been introduced to the amazing grace of God, I was on fire about my faith, and I was hungry! I couldn’t get enough information about how to read my Bible, how to help my kids learn about Jesus, and what it looked like to grow spiritually. I signed up for every seminar, class, or parenting event that was offered. One event in particular stands out in my mind – a parenting seminar. I remember sitting there amidst a bunch of other parents listening to this man (Reggie Joiner) talk about how we as parents are the primary spiritual influences in our children’s lives. He talked about the idea of partnering with the church and how two combined influences are greater than just two influences. I don’t remember if they had all of the cool graphics that Orange has now, but even still it was powerful stuff and I was hooked! 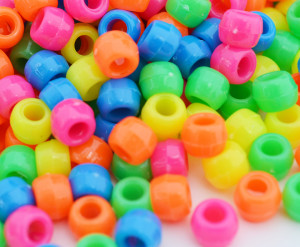 At the end of the seminar Reggie talked specifically about the idea of being intentional about the time we have with our children. He referenced a person he knew who made a countdown of sorts, to remind him of how much time he had left with his children before they left for college. And so it began… the original legacy marble jar and the makings for a phenomenal book that would be released 14 years later! As we exited this seminar, each parent was given a small plastic jar filled with pony beads for each of their children. The pony beads represented the approximate number of weekends we have with a child from the time they start Kindergarten until the time they go to college. We were instructed to remove a bead each weekend so that we could “see time moving” and hopefully be intentional about how we spent that time with our children. When I got home, I placed my two jars on the counter in my kitchen, as a constant reminder that time with my children was going fast and I wanted to use it well. Those jars moved from one kitchen counter to the next as we moved several times over the next few years. I’m sorry to say, that I have been unable to find them. I think they got misplaced with our most recent move. But – it’s okay, because as Orange does so well, they moved with the times, took this amazing concept and grew it into something so much more. 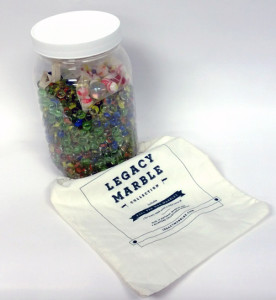 In 2013 Reggie Joiner, Kristen Ivy, and Elizabeth Hansen released the book Playing for Keeps/Losing Your Marbles. This book focuses on 6 things you can give kids over time that make a significant impact. All that I learned at that seminar and more, is packed into this book and it is rich with encouragement about what kids need and how we can give them a history that will show them why they matter to God.

At the Orange Conference that year, legacy marble jars abounded. They were marked at different seasons of life: birth – 936 weekends, 5 years old – 676 weeks, 13 years old – 260 weeks and the focus of the conference was all about TIME and how what we do with it matters! In addition to the beautiful legacy marble jars that were displayed, Orange had created an app for smart phones called the Legacy Marble App. You could download it onto your phone, plug in your child’s birthday and instantly have the number of weeks you had left with that child until they graduated from high school. I put it on my phone immediately and checked it regularly over the next few years. 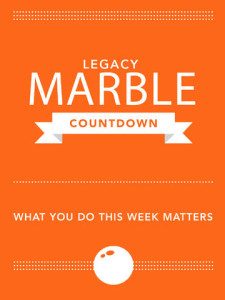 I loved my Legacy Marble App – that was until this past year at the Orange Conference. I was sitting in the Gwinnett Arena, waiting for a main session to start. My co-workers and I were chatting and suddenly I noticed a challenge up on the screen. It said something about showing your legacy marble app at the information desk and winning a prize. I immediately opened my app but wasn’t prepared for what I was about to see. I admit, I had not looked at it in a while so when the number came up – so did a huge lump in my throat. The number “5” was staring back at me and tears filled my eyes. Of course I knew my youngest was graduating in 5 weeks, I had it on my calendar (ha ha) but when I saw that number on the app, emotion hit me like a ton of bricks. I flashed back to jars of pony beads that sat on my kitchen counters for years and I realized my TIME was quickly coming to an end. I showed my co-workers and they encouraged me to go to the information desk. I ran through that arena as fast as I could and unfortunately, the prize had been given away just moments before I had arrived. When the woman behind the counter saw my app, she made a face that every parent could understand. She just looked at me and said “FIVE! Oh my goodness.” Her face was filled with empathy. Not because I had not won the prize but because like me, she knew how precious the time was and also how fleeting.

My daughters are both in college now and I can honestly say that I do not have any regrets with regard to the time I spent with them over the years. Do I wish I had more? Absolutely. But that’s just because I love my girls so much and I am greedy. 🙂 Even still, the lessons I learned in that parenting seminar all those years ago helped me realize that my time was limited and I had to make the most of it. I am so very grateful.

When you know how much time you have left, you become intentional with the time that you have. If you are a parent (or you work with kids in any capacity) and you don’t have a legacy marble jar, I suggest you get to your local craft store ASAP and buy yourself a bunch of pony beads! Or… maybe just download the app. Either way, remember that how you spend your TIME matters. Use it wisely and don’t blink. It goes by faster than you can imagine.

Check out this video to hear Reggie Joiner talk about the idea of Playing for Keeps: