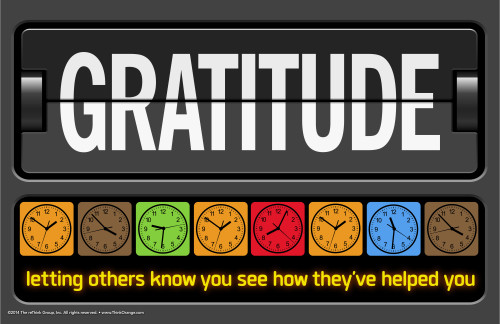 Sports? or Clocks? or Sports?

This month, as we sat down to brainstorm about November’s set design, we found ourselves all over the map.  When we brainstorm, I usually have the Get Ready section from Week 1’s script printed, along with the poster image-graphics for the month’s theme (you can read more about our creative team and brainstorming sessions here). 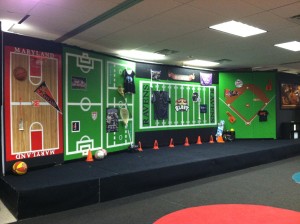 As we looked over the ideas in the Get Ready section, we thought a bit about last October when we did a huge sport’s themed set for Honor – Road to Glory. Of course we began thinking about how we could do sports again, but make it different. Some of our ideas for that are listed below. When we began looking at the graphics, our thought process took a turn. The graphics are oriented more toward clocks, so we started thinking about clocks and all we could do with that. 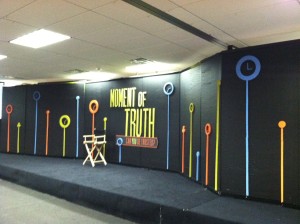 That reminded us a bit of the set we did for Honesty-Moment of Truth. That had a lot of clocks, but our ideas for this clock-oriented set would be very different. Again, see below.

The final plan however, came after reading through the Host’s openers each week.

SIDE NOTE/TIP: If you do not read through all of the scripts prior to the month (particularly the host’s part) – you should! I can’t tell you how many times, I’ve created something for the set and/or environment based soley on the graphics and the Get Ready section and then realized I needed something built into the set each week for the host. It happened in September with our Opportunity Knocks set. I thought I could just create foam core elements (like the watering can, etc.) that would hang on the wall behind each door. Then I was preparing props for Week 1 and saw that I needed a real watering can and plant. UGH! I had not left enough room for a table and watering can behind our doors. So, we improvised and made it work, but it would have been a lot easier if I had just looked ahead. MENTAL NOTE TO SELF – READ ALL OF THE SCRIPTS AHEAD OF TIME!

Anyhow, this month, the scripts and the hosts part lean heavily into a sports-like atmosphere with the host saying “TIME OUT” each week, leading a competition between the small groups, and keeping a leader board… so, that took our thinking back around to a sports theme. Even with the detours and varying ideas that we came up with… I think we landed on something really fun! It will definitely lean more toward sports than clocks, but I think we were able to incorporate enough from the graphics so that both aspects will be represented.

Here are some of the original ideas we came up. They reflect the sports-themed and clock-themed ideas that we brainstormed.

Here are a few photos of what we have going on so far:

How about you all? How are your sets coming along? Jump into the comments section below and tell us what you’ve been working on! Be sure to include pictures. You can also share what you’re doing on Facebook or Twitter! Can’t wait to see what you have going for Gratitude – TIME OUT!