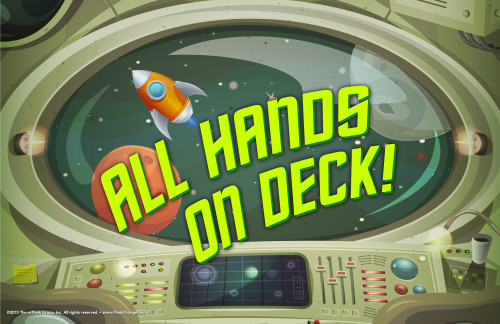 Life App: Service—lending a hand to help someone else.
Theme: All Hands on Deck
Date: November, 2015 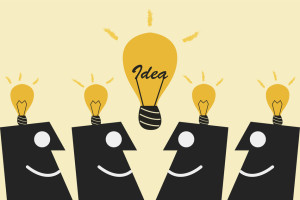 I met with a few different people going into my concept design team meeting this past week. Not everyone could be at the scheduled meeting, so I made some time to meet with them separately and hear their ideas. I definitely had an idea in my head about the direction I thought we should go with our backdrop, but I did not share that with my teammates off the bat. I try not to share my thoughts or ideas when I first sit down to brainstorm with my team. I’d rather hear their ideas first and add to them. I know sometimes, I can get blocked when a team leader shares something they like, because suddenly, it’s all I can see.

So, I try to let there be an open dialogue first and a space for everyone to share, and dream, and think as though the sky’s the limit (no pun intended this month!). I also try to foster an atmosphere that says “there are no bad ideas” or “the only bad idea is the one not shared.” Some leaders I’ve worked with really take this idea seriously and require anyone who blocks and idea or starts thinking with the mindset of “we can’t make that happen” to pay a dollar to the group. We’ve never had anyone have to pay, but it’s a great reminder that we want the opportunity to think outside the box and not feel hindered.

We did not have a ton of ideas this month, because we all landed pretty quickly on what we wanted. It was interesting because since I met with people separately, I got to hear that 3 different people all had the same idea about the direction we should go with this set prior to us coming together as a group. I figured if 3 people were all on the same page about something, it’s probably the way to go. It didn’t hurt that it was the same idea I had either! 🙂

I’m very excited about this set and can’t wait to see it come to fruition. For now… here are a few thoughts that surfaced during our brainstorming: 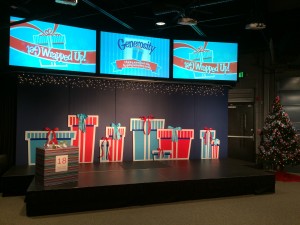 We decided that since the script calls for the host to be on a “observation deck” all month, we would create a space that lends itself to just that! As you’ve heard me say in previous posts, we use our 3 screens above our stage as part of our backdrop. This month will be no different.

We hope our backdrop will give kids the feeling that they too are in the same spaceship as the host, on the observation deck, looking out into space. We feel this will be a fun way to learn about Service and literally get “All Hands On Deck!”