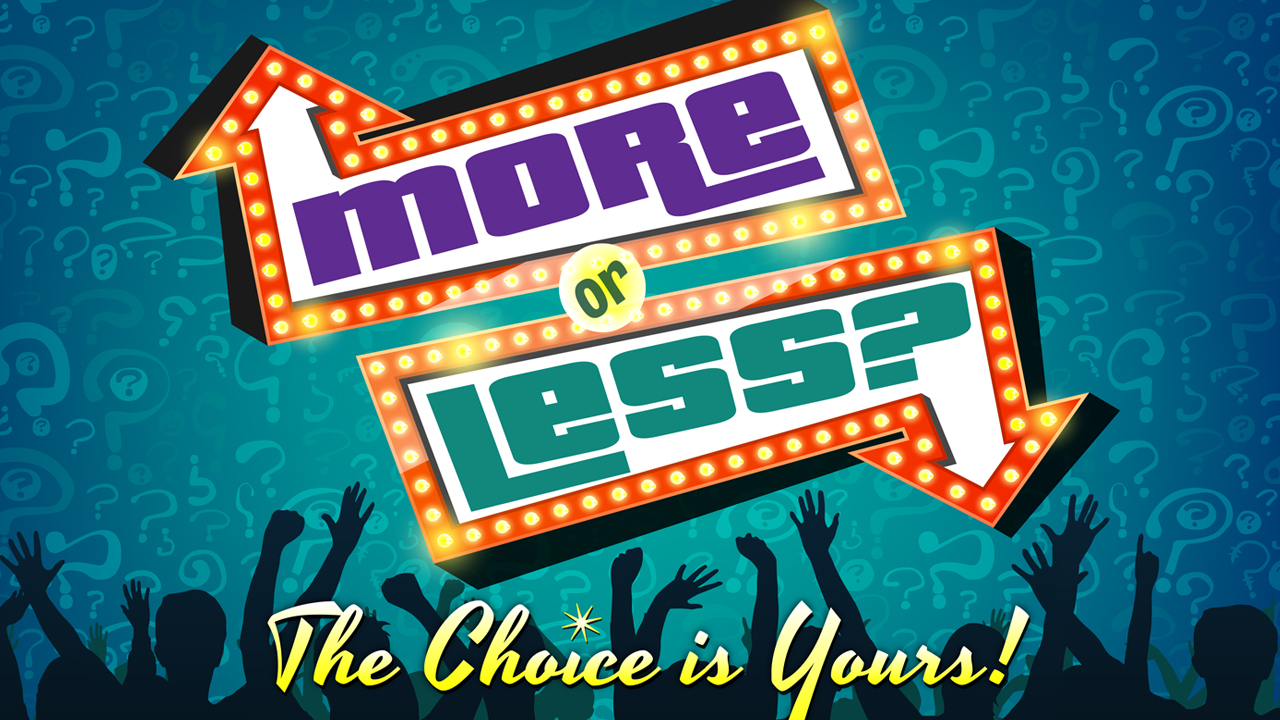 Life App: Contentment – deciding to be okay with what you have
Theme: More or Less, The Choice is Yours
Date: October, 2018

When I first saw that 252 Kids and Preteen where using a game show theme for the month of October, I was a bit confused. Hadn’t we just done a game show theme last October for Stewardship? I LOVED the set our team created for that – Punch Wall, Plinko Board, and all and I wondered how we might top that? 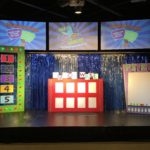 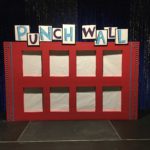 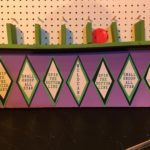 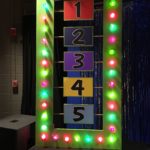 But, as I looked over the scripts and saw the way the openers were written for this October – it became apparent that this could be just as much fun if not more! And who doesn’t love a game show?! All the glitz, bling, and excitement brings a WOW factor that will never get old!

There was a season, where I used to create our sets based solely off of the theme description and suggestions in the Get Ready section of the 252 Kids curriculum. That worked fine, but I often found myself mid-way through the month wishing I had taken more time to read the Host openers for each week prior to creating the set. If I had, I would have been able to add something to the set that would work with each week’s game or possibly design the set around the Host’s role more. After a few months of this, I decided to make sure that reading the Host openers became part of our process when brainstorming our set design concept each month (insert “duh” here!). Never was that addition to our process more helpful than this month.

I knew that I wanted to do something different than last year’s game show, but wasn’t sure how or what it would look like. I felt a bit stumped since I loved what we did a year ago and couldn’t figure out how to make it different and still create a WOW factor. But, as I read the scripts for this October, the difference between last year and this year became apparent. This year, all of the openers revolve around one central game. While each week’s opening game looks different, the theme for the month becomes the ultimate game as prizes are awarded. Kids have to choose whether to be content with the prize they win or trade it for something else.  “More or Less” is not just the theme – it is the name of the game! So, we decided to make our stage the setting for the “More or Less” game show studio!

I knew that the games we would play each week could work from game show type podiums, so instead of having actual games on the stage like last year – I thought we’d set up with podiums for the contestants, a platform for the host, and a backdrop that added some glitz. As I googled game show studios, these photos provided inspiration: 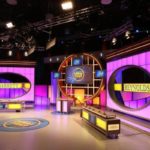 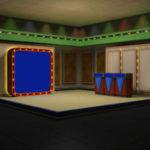 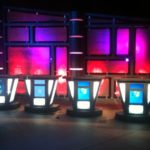 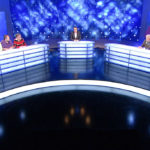 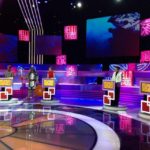 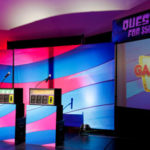 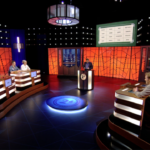 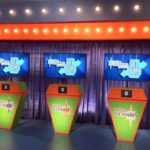 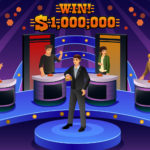 This month, we get to leave our backdrop in place and we’ll pull our black curtain in front of it. We share space with our student ministry and usually we break down every part of our set and environment, but the concept for our backdrop would make it hard to move each week, so our student team is letting us leave it in place and will work with the black curtain as their backdrop for this month. We still will move all of the other elements off the stage though, so we had to keep that in mind as we thought about how to create a studio with podiums and a platform. Here is what we came up with:

Here are photos from our first build night. All of our cutting, drilling and painting was completed. This week, we’ll put it all together! 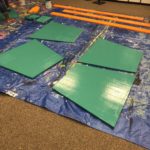 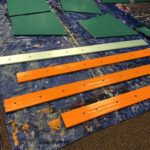 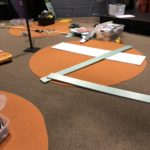 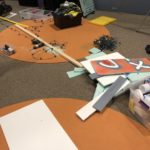 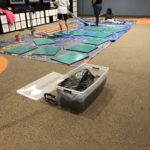 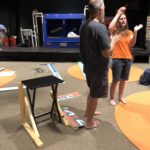 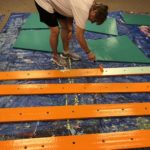 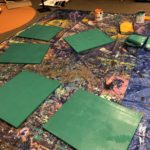 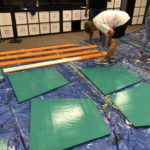 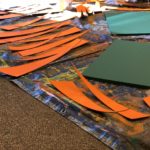 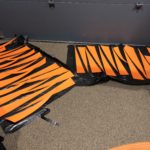 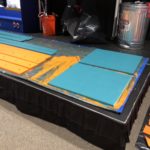 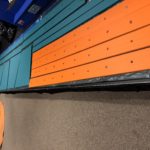 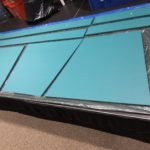 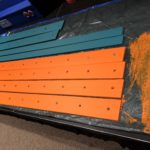 What are you doing for “More or Less?”