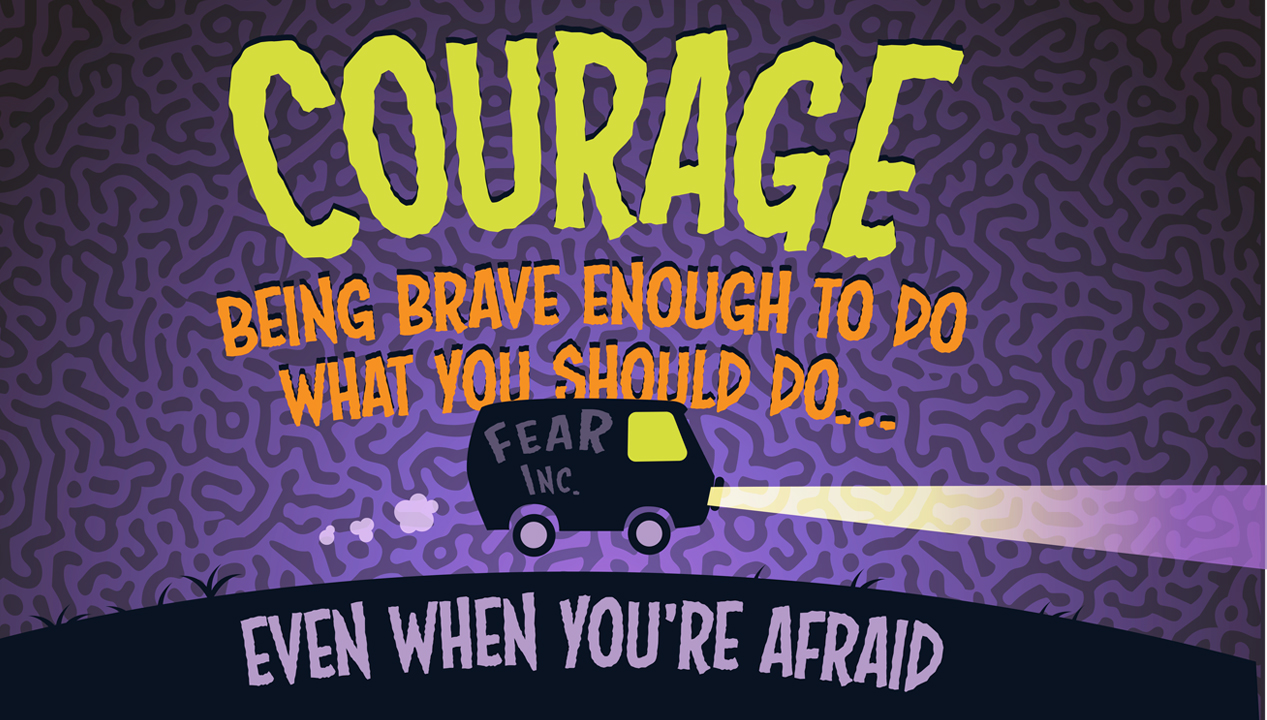 Life App: Courage—being brave enough to do what you should do, even when you’re afraid.
Theme: Fear Incorporated
Date: October 2016

Our new process for our set design was in place for October, and it worked really well. I’m in the midst of a series on this new process, so be sure to read Part 1 here.

The ideas my team had for October’s set included some really fun, sort of scary, but not too Halloween-ish plans. When we first began thinking about this month’s theme, I told the team that I did not mind using spiders, spooky trees, cats, etc, but I did not want to have any “dark” or paranormal type things around our environment. We are a church for people who are not a part of any church and I am absolutely fine to engage with culture and try to be as relevant as possible. Leaning toward the Halloween theme to a degree, was fine with me, but I just thought we’d draw the line with anything too “dark” or involving paranormal activity. So no ghosts, goblins, witches, graveyards, etc.

Here are some ideas that came out of our initial brainstorming…

What’s awesome about our final concept is that it includes each person’s idea from the brainstorming session in some way shape or form. Here’s our plan:

Our first Work Night is this week. Pictures to follow!